37 pages matching everything in this book

I have heard it said that American tourists to Ireland are invariably tracing their relatives and that the Irish think we are an interesting lot given this geneological mania and subsequent ... Read full review

When summer's in the meadow

The authors made their debut with O Come Ye Back to Ireland ( LJ 10/15/87), a quaint account of their first year in Ireland after moving from the Big Apple. This sequel is equally successful. It ... Read full review

Author and playwright Niall Williams was born in Dublin in 1958. He received a Master's degree in Modern American Literature from University College Dublin, where he also studied English and French literature. In 1980, he moved to New York and worked as a copywriter for Avon Books. In 1985, he moved back to Ireland to become a full-time writer. His first four books were co-written with his wife and deal with their life together in Kiltumper, Ireland. On his own, he has written three plays and five novels. His first novel, Four Letters of Love, became an international bestseller. 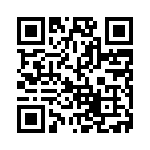