Em Professor Deryck M Schreuder (D Phil, Oxon: FAHA FRHS LL D) is currently Chair of the Australian Universities' Quality Agency and previously Vice Chancellor of two Australian universities, President of the Australian Vice Chancellors' Committee, and President of the Australian Academy ofthe Humanities and the Australian Historical Association. An Oxford Rhodes Scholar, he was a founding Professor in History at Trent University in Peterborough, Ontario and 4th Challis Professor of History in The University of Sydney. He has published widely in British imperial and colonialstudies.Professor Stuart Ward (Ph.D., Sydney) holds an Associate Professorship at the University of Copenhagen, and is currently a visiting researcher at the Menzies Centre for Australian Studies in London. He is the author of Australia and the British Embrace: The Demise of the Imperial Ideal (2001);and he has edited British Culture and the End of Empire (2001). He is co-editing a documentary history of Australia's changing ties to Britain in the decolonisation era, as well as researching a major study of 'The End of Greater Britain'. 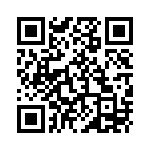