Melancholia and moralism: essays on AIDS and queer politics

The author of On the Museum's Ruins and editor of AIDS: Cultural Analysis/Cultural Activism, Crimp (visual and cultural studies, Univ. of Rochester) shores up the crumbling constructivist arguments in ... Leer reseńa completa

Gemma Calvert is a Wellcome Career Development Fellow and Head of the Multisensory Research Group at the Department of Physiology and Center for Functional Magnetic Resonance Imaging of the Brain at Oxford University. 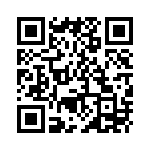