First, this is not as good as the Blue Sword. The Blue Sword manages to both use and break stereotypes. This book is too much 80's wish fulfillment fantasy. I've read other books in this same genre ... Read full review

A solid, steadily moving story of an awkward princess who becomes a dragon slaying hero, this story goes from specific to vague and has the texture of dry cake. Read in the 1980s it wouldn't seem so ... Read full review

Robin McKinley's other books include the Newbery Award-winning The Hero and the Crown; Newbery Honor Book The Blue Sword; Sunshine; Spindle's End; Rose Daughter; Deerskin; The Outlaws of Sherwood; and the short story collections The Door in the Hedge; A Knot in the Grain and Other Stories; and, with her husband, the author Peter Dickinson, Water: Tales of Elemental Spirits. She lives in England with her husband, three whippets, and over five hundred rosebushes. 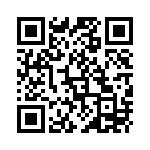