Alison Easton is Senior Lecturer in English at Lancaster University in England, and was Co-Director of its Centre for Women's Studies from 1991 to 1994. 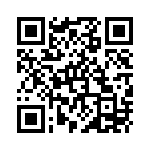