Gauri Viswanathan is Professor of English and Comparative Literature at Columbia University. She is the author of Masks of Conquest: Literary Study and British Rule in India. 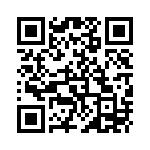