OK, here we go. The main thrust of the plot is that the protagonist, Jesse James Dawson, fights demons. People sell their souls to demons for some advantage; then they tend to regret this. In these ... Read full review

Okay, when I jumped into this book, I was totally overwhelmed and overdone by the 'I'm so geeky I could scream and I want to make sure you know it!'-is of it all. Guy with long hair, working in a Hot ... Read full review

K. A. Stewart is the author of the Jesse James Dawson urban fantasy series. She has a BA in English with an emphasis in literature from William Jewell College. She lives in Missouri with her husband, daughter, one cat, and one small furry demon that thinks it’s a cat. 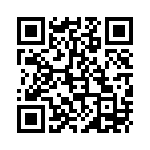