James Roy is a critically acclaimed author of fiction and non-fiction for children and young adults. He has received numerous awards and commendations for his works. He sees himself first and foremost as a writer for young people, seeing it as an important role with skills quite distinct from those of adult novelists.

Dean Gorissen has been illustrating professionally since 1992. He has received a number of awards, appears in various prestigious magazines and annuals. He has also produced character designs for major food and beverage brands as well as adapting his own character designs for books by Paul Jennings and Morris Gleitzman. His children's book 'I got a Rocket!' written by Matt Zurbo was short listed for the Crichton Award for Book Illustration and has been produced as an animated television program for airing on Network Ten. 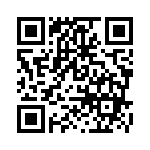