"James Lovelock" is the story not only of the man who coined the term "Gaia", but also the history of the development of this original and very compelling idea of how the Earth is not only a place where different species live together, but also it is a living being itself. I think that this theory is confirmed again and again each time se face earthquakes, natural disasters and all kind of catastrophes that make us feel that the Earth is moving and trying to get rid of the virus or the worm that is eating it; just as any body that tries to get rid of an infectious and unwelcome visitor.

John Gribbin is the author of In Search of Schrödinger's Cat (Bantam) and Deep Simplicity (Random House), among other books. He is a visiting fellow in astronomy at the University of Sussex. Mary Gribbin has written many books with John Gribbin, including The Science of Philip Pullman's "His Dark Materials" (Knopf) and Richard Feynman: A Life in Science (Dutton). 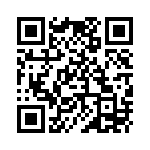