The epistles of Horace

Horace's hexameter verse letters to his patron Maecenas, the Emperor Augustus, and his friends, including the famous "To the Pisos" (Ars Poetica), a classic statement on Roman poetics, are ... Read full review

David Ferry, a finalist for the National Book Critics Circle Award in Poetry for his translation of Gilgamesh, is a poet and translator who has also won the Lenore Marshall Poetry Prize, given by the Academy of American Poets, and the Rebekah Johnson Bobbitt National Prize for Poetry, given by the Library of Congress. In 2001, he received an Award in Literature from the American Academy of Arts and Letters, and in 2002 he won the Harold Morton Landon Translation Award. Ferry is the Sophie Chantal Hart Professor of English Emeritus at Wellesley College. 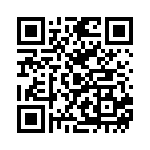