Tom Clancy was born in Baltimore, Maryland on April 12, 1947. He graduated with a degree in English from Loyola College in 1969, became an insurance agent, and in 1973 became the owner of an insurance agency. It was not until 1980 that he started writing novels. His works include Red Storm Rising, The Cardinal of the Kremlin, The Sum of All Fears, Rainbow Six, Dead or Alive, and Threat Vector. His books The Hunt for Red October, Patriot Games, and Clear and Present Danger were adapted into major motion pictures. He also wrote nonfiction books including Into the Storm: A Study in Command, Submarine, Armored Cav, Fighter Wing, Airborne, and Reality Check: What's Going on Out There? He died on October 2, 2013 at the age of 66. His last book, Command Authority, co-authored with Mark Greaney, was published posthumously in December 2013 and made the New York Times bestseller list. 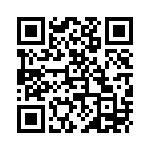