Angus Wilson was born in Sussex, the youngest of six sons, and spent several of his childhood years in South Africa. A series of odd jobs was followed by a position in the Department of Printed Books in the British Museum, where he worked on replacing as many as possible of the 300,000 books destroyed during the bombing, and later as deputy superintendent of the reading room. Writing short stories on weekends, he was immediately successful. In 1955 he left the museum to become a full-time writer. James Gindin has, with some exaggeration, declared that "Angus Wilson is the best contemporary English novelist." Anglo Saxon Attitudes (1956) is a long, intricate, and witty novel that satirizes, none too gently, such sacred British institutions as the church, the universities, and Her Majesty's Government. The Middle Age of Mrs. Eliot (1958) won the James Tait Black Memorial Award for fiction in 1959. The Old Men at the Zoo (1961) is a story of conflict and conscience in a microcosm, the London Zoo in the 1970s. In Late Call (1965), a retired couple face problems of readjustment when they go to live with their widowed son. No Laughing Matter (1967) traces the fortunes of a British family throughout half a century beginning in 1912. In addition to short stories and novels, Wilson wrote Emile Zola: An Introductory Study of His Novels (1952), Tempo: The Impact of Television on the Arts (1966), The Strange Ride of Rudyard Kipling (1977), and The World of Charles Dickens (1970). 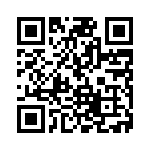