A new history of Kentucky

Produced by two of Kentucky's most active and respected historians, this is the first comprehensive history of the Commonwealth since Thomas C. Clark chronicled Kentucky history some 60 years ago. The ... Read full review

Mizan R. Khan is Professor at the Department of Environmental Science and Management at North South University, Bangladesh, and currently a visiting scholar at Brown University, USA. 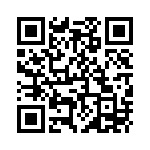