Review: How Can I Help? Stories and Reflection on Service

Answer: By being yourself. Read this. You will be inspired. Read full review

Ram Dass, a.k.a. Richard Alpert, received his Ph.D. in psychology from Stanford University and has taught at Harvard, Stanford, and the University of California. In the 1960's he was active in research on consciousness, with Timothy Leary, Aldous Huxley, Alan Watts, and others. In 1967 he continued his study of consciousness in India, where he was given the name Ram Dass (Servant of God) by his guru, Neem Karoli Baba. Since that time, through books, tapes, and lectures, he has contributed to the interrogation of Eastern spiritual philosophy into Western thought. In 1973 he founded Hanuman Foundation, which has nurtured projects designed to increase spiritual consciousness in the West. Among these have been the Prison-Ashram Project, the Dying Project and Dying Center, and meditation programs and retreats. In 1985 he became the Chairman of the Board of the Seva Foundation. His primary "yoga" or vehicle for realizing liberation is through service.

Paul Gorman was educated at Yale and Oxford. He has been a program producer and talk show host with WBAI-FM. Pacifica Radio, in New York City, since 1969. He has worked as staff assistant to a group of Democratic congressmen and as consultant for the Senate Foreign Relations Committee. He served as Eugene McCarthy's press secretary and speechwriter in the 1968 presidential campaign, and has been an adviser to a number of public officials. He has taught at Sarah Lawrence College, The City University of New York, Adelphi University, Naropa Institute, and Omega Institute. 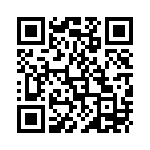