This is A world where Nazis and the allies used wizards and sorcery and the Blackhearts as weapons of war. Now we are in the post war era. This not the Cold War of our parents. The forces of light and ... Read full review

DAVID MACK is the New York Times bestselling author of more than thirty novels, including the Star Trek Destinyand Cold Equations trilogies. His writing credits span several media, including television (for episodes of Star Trek: Deep Space Nine), film, short fiction, magazines, and comic books. He currently resides in New York City. The Iron Codex is the second in the Dark Arts series, and sequel to The Midnight Front. 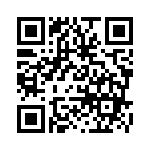