Marco Formisano is Professor of Latin Literature at Ghent University, Belgium, and was previously a Lecturer at the Humboldt-University in Berlin. His research focuses particularly on the literature of late antiquity, both poetry and prose, as well as ancient literature of knowledge and its tradition (in particular the art of war), martyr acts, Latin panegyric, and masochism and literature. He is currently working on two monographs - Unlearning the Classics: Studies on Late Latin Textuality and The Furred Venus: Masochism and Latin Literature - and is also editor of the series 'The Library of the Other Antiquity' (Universitatsverlag Winter, Heidelberg), which is devoted to the literature of late antiquity and its reception.

After receiving her BA from Princeton and her PhD from Harvard, Christina Shuttleworth Kraus taught at New York University, University College London, and the University of Oxford before joining Yale University in the summer of 2004, where she is currently the Thomas A. Thacher Professor of Latin. Her research focuses on ancient historiography, Latin prose style, and the theory and practice of commentaries, and her publications include the edited collections Classical Commentaries: Explorations in a Scholarly Genre (with Christopher Stray; OUP, 2016) and Ancient Historiography and its Contexts: Studies in Honour of A. J. Woodman (with John Marincola and Christopher Pelling; OUP, 2010). 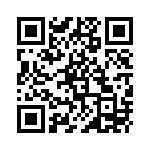