This book covers the Roman Calendar (before Julius Caesar changed to the new 'Julian' Calendar). So it covers from the 5th century BC to the 1st century BC. It took a lot of research to learn enough ... Read full review 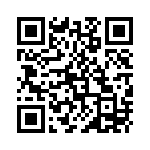