This is a great find. the author did a lot of research and kept my interest!! Read full review

I enjoyed reading about the philosophy behind Captain America. I found the section regarding the philosophy of patriotism very interesting. Read full review

Mark D. White is Professor and Chair of the Department of Philosophy at the College of Staten Island/CUNY and co-editor of Batman and Philosophy. 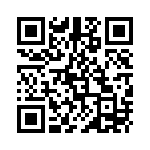