Fred E. Jandt was born of second-generation German immigrants in the multicultural south-central region of Texas. After graduating from Texas Lutheran University and Stephen F. Austin State University, he received his doctorate in communication from Bowling Green State University. He has taught and been a student of intercultural communication for more than 40 years, developing his experience through travel and international training and research projects. While Professor of Communication at The College at Brockport, State University of New York, his reputation as a teacher led to his appointment as SUNY’s first director of faculty development. He has retired as Dean of the Palm Desert Campus and Professor of Communication at California State University, San Bernardino, where he was named Outstanding Professor. He has also been a visiting professor at Victoria University of Wellington in New Zealand. He has extensive experience in the areas of intercultural and international communication, negotiation mediation, and conflict management. He was one of the first scholars to introduce the study of conflict to the communication discipline with his text Conflict Resolution Through Communication (Harper & Row, 1973). He has subsequently published many other titles in this area, including the successful trade books Win-Win Negotiating: Turning Conflict Into Agreement (Wiley, 1985), which has been translated into eight languages, and a casebook on international conflict management, Constructive Conflict Management: Asia-Pacific Cases (SAGE, 1996) with Paul B. Pedersen. For several years, he conducted the training workshop “Managing Conflict Productively” for major corporations and government agencies throughout the United States. Jandt continues to train volunteers who are learning to become mediators in the California justice system.

Paul B. Pedersen is a visiting professor in the Department of Psychology at the University of Hawaii and professor emeritus at Syracuse University. He has taught at the University of Minnesota, University of Alabama at Birmingham, and for six years at universities in Taiwan, Malaysia, and Indonesia. Pedersen was also on the summer school faculty at Harvard University, 1984-988 and the University of Pittsburgh “semester at sea” voyage around the world, spring 1992. International experience includes numerous consulting experiences in Asia, Australia, Africa, South America and Europe, and a Senior Fulbright award teaching at National Taiwan University 1999-2000. He has authored, co-authored or edited 40 books, 99 articles, and 72 chapters on aspects of multicultural counseling and international communication. Pedersen is a fellow in Divisions 9, 17, 45 and 52 of the American Psychological Association. 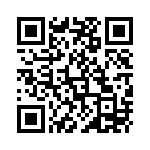