Kim Wilson is a lecturer at The Fletcher School and a Fellow with the Center for Emerging Market Enterprises and the Feinstein International Center at Tufts University. Spending time in India beginning in 2001 through 2005, Professor Wilson worked closely with savings groups, connecting them to banks with a particular focus on tribal areas. She has worked for Catholic Relief Services heading their Microfinance Unit, and in that tenure, spearheaded CRS' shift from focusing on credit to the poor to savings of the poor. Professor Wilson has consulted for many international agencies in savings and credit. Previously, she was in the private sector, occupying senior management positions in finance and franchising.

Malcolm Harper taught at Cranfield School of Management until 1995, and since then has worked mainly in India. He has published on enterprise development and microfinance. He was Chairman of Basix Finance from 1996 until 2006, and is Chairman of M-CRIL, the microfinance credit rating agency and business development, and author of numerous books and articles. He is the co-editor of What's Wrong with Microfinance? (Practical Action, 2007).

Matthew Griffith is an independent consultant focusing on community finance and livelihoods. He has worked with marginalized communities in Russia, the United States and Ethiopia. Most recently, he worked with the Feinstein International Center at Tufts University on a project focusing on the financial resilience of disaster-affected populations. He received a Masters from the Fletcher School of Law and Diplomacy. 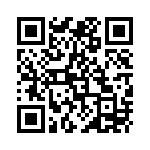