A Concise History of the Russian Revolution

The author of many volumes about Russia including Russia Under the Old Regime, Pipes here chronicles the country from 1900 through Lenin's death in 1924. Photos add depth to a concise yet thorough history. (LJ 10/1/95) Read full review

Wonderful but so very sad. A very readable, though still academic, book that gave some excellent insights into the Russian psyche as well as direct history of the country and Communist movement. Read full review

Richard Pipes was born Ryszard Edgar Pipes in Cieszyn, Poland on July 11, 1923. Soon after German troops entered Warsaw, he and his family fled to Italy on forged passports in 1939. They reached the United States a year later. He was attending Muskingum College in Ohio when he was drafted into the Army Air Corps in 1942. He was sent to study Russian at Cornell University. He received a bachelor's degree from Cornell in 1946 and a doctorate in history from Harvard University in 1950. His dissertation became the basis of his first book The Formation of the Soviet Union: Communism and Nationalism, 1917-1923. His other books included Struve: Liberal on the Left, 1870-1905; Struve: Liberal on the Right, 1905-1944; U.S.-Soviet Relations in the Era of Détente; Survival Is Not Enough: Soviet Realities and America's Future; Russia Under the Old Regime; The Russian Revolution; Russia Under the Bolshevik Regime; and Vixi: Memoirs of a Non-Belonger. He served for two years as the director of Eastern European and Soviet affairs for President Ronald Reagan's National Security Council. He spent his entire academic career at Harvard University. He died on May 17, 2018 at the age of 94. 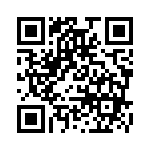