This monograph takes the 1963 battle of Ap Bac, where an ad hoc VC battalion went toe to toe with ARVN regulars and came off better in the deal, and treats it as a paradigm of the Vietnam War. Most of ... Read full review

David M. Toczek is a serving US Army lieutenant colonel currently assigned to a NATO post in Heidelberg, Germany. A graduate of the United States Military Academy, he received his Master's in history from Texas Tech University and spent three years as a military history instructor and assistant professor in the Department of History, United States Military Academy, teaching at both the undergraduate and graduate levels. 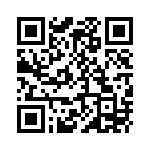