Page 27
... and distinctions in one ' s conditions , e . g . of greatness , of differences
between high and low , misery and happiness , salvation and transmigration ,
which seemingly are beyond human control ; All are subject to Hukam , rather His
Hukam ...
Page 105
... And who is the only God incarnate from beginning to end Know that , He is my
precepter . 9 . My obeisance is to Him alone , Who Himself adornes all His
subjects , Who bestows divine attributes and happiness on His servants , And
destroys ...
Page 110
The True Name entered my soul and has granted me peace and happiness , and
has fulfilled all my desires . I am always sacrifice unto the Enlightener who
possesses such excellences . Listen , O saints , love God ' s hymns . True Name ... 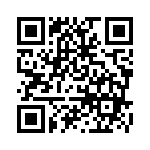