SUSAN M. ASAI is a music professor at Northeastern University in Boston. She received her Ph.D. in ethnomusicology from the University of California at Los Angeles. 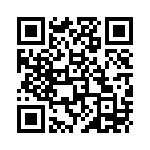