Blake Morrison was born in Skipton, Yorkshire, in 1950. His non-fiction books include And When Did You Last See Your Father? (1993), As If (1997), and Too True (1998), Things My Mother Never Told Me (2002), a collection of essays (and stories). Blake Morrison's first novel, The Justification of Johann Gutenberg, a fictional portrait of the 15th-century printer and the inventor of movable type, was published in 2000. 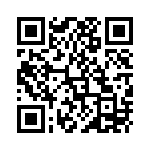