Nelson George is the author of several non-fiction books, including "The Death of Rhythm & Blues" & "Hip Hop America", both nominated for the National Book Critics Circle Award, & three novels, "One Woman Short", "Seduced", & the "Essence" Blackboard bestseller "Urban Romance". An award-winning journalist, he is also an accomplished screenwriter (including "Strictly Business" & "CB-4") & an Emmy Award-winning producer of HBO's "The Chris Rock Show". He lives in Brooklyn, New York. 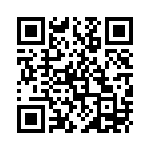