EMILY BRONTЁ was born on July 30, 1818. Her father was curate of Haworth, Yorkshire, and her mother died when she was five years old, leaving five daughters and one son. In 1824 Charlotte, Maria, Elizabeth and Emily were sent to Cowan Bridge, a school for clergymen's daughters, where Maria and Elizabeth both caught tuberculosis and died. The children were taught at home from this point on and together they created vivid fantasy worlds which they explored by writing stories. Emily worked briefly as a teacher in 1938 but soon returned home. In 1846, Emily's poems were published alongside those of her sisters, Charlotte and Anne, in Poems by Currer, Ellis and Acton Bell. The following year Wuthering Heights was published. Emily Bronte died of consumption on December 19, 1848. 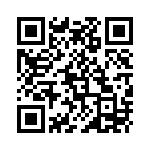