David Byfield graduated from the Canadian Memorial Chiropractic College, Toronto, Canada in 1979 and has since been in private practice and chiropractic education. He is currently a Principal Lecturer, Head of the Chiropractic Division in the Department of Professional Education and Service Delivery, the Faculty of Health, Sport & Science and Head of the Welsh Institute of Chiropractic at the University of Glamorgan.

David holds a BSc (Hons) degree in Biology from the University of Western Ontario, London, Canada (1974) and an MPhil degree from Southampton University, Southampton UK (1998). David holds Fellowship status with the College of Chiropractors and the Faculty of Rehabilitation and Chiropractic Orthopaedic, Associate Member of the Sports & Exercise Faculty, Fellow of the British Chiropractic Association and Founding Fellow of the European Academy of Chiropractic. He written two popular chiropractic textbooks (Chiropractic Manipulative Skills, 1st ed 1996 & 2nd ed 2005 & A Manual Therapist’s Guide to Surface Anatomy and Palpation Skills, 2002) and in addition has also published a number of scientific papers in the peer-reviewed literature and a number of book chapters covering diagnostic palpation, spinal manipulation, low back syndromes and functional rehabilitation.

David Byfield is also an invited speaker at a number of professional and interdisciplinary meetings and conferences worldwide. He is currently an elected member of the General Chiropractic Council in the UK and currently sits on their Education Committee and Communications Advisory Group. 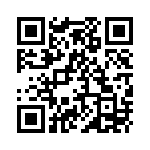