Ernest Krausz is professor emeritus of sociology at Bar-Ilan University, Ramat-Gan, Israel. While at Bar-Ilan University he served as a member of the Council of Higher Education and executive member of the Israel Science Foundation. He is the author of numerous books, including The Limits of Science, Sociology in Britain, Ethnic Minorities in Britain, and Exploring Reality and Its Uncertainties. 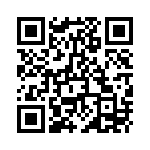