Ben Hobrink is a Dutchman who has studied biology (including chemistry physics, and geology) at the VU (Vrije Universiteit) University Amsterdam and at the University of Amsterdam, graduating with distinction. As a high-school teacher, Ben believed in the theory of evolution, but after many discussions and years of thorough research, he found an overwhelming amount of fallacies in the evolution theory. Since Ben joined the missionary organization Open Doors in 1979, he has conducted more than two thousand speaking engagements, including five hundred Sunday morning services. In the USA Ben has traveled extensively in more than twenty States, speaking in more than one hundred cities. Ben lives in the Netherlands with his wife, and has six children and seven grandchildren. 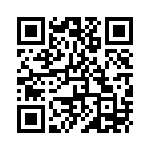