This is a selection of classic Japanese poetry in translation (the original Japanese is there too). The poems, mostly tanka/waka, are not my favorite selection -- mostly court poetry without a lot of ... Read full review

Review: 100 Poems from the Japanese

Poet-essayistKenneth Rexroth (1905-1982) was a high-school dropout, disillusioned ex-Communist, pacifist, anarchist, rock-climber, critic and translator, mentor, Catholic-Buddhist spiritualist and a prominent figure of San Francisco's Beat scene. He is regarded as a central figure of the San Francisco Renaissance and is among the first American poets to explore traditional Japanese forms such as the haiku. 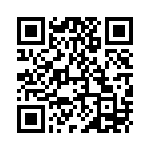