Rosi Braidotti was born in Italy, raised in Australia, and educated in Paris and is professor of women's studies at the University of Utrecht, the Netherlands. 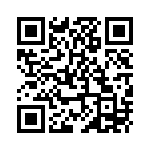