Looking at our modern world from the perspective of nitrogen, and clearly showing how important that perspective is. Smil takes the history from the early days of Chemistry in the late 18th Century ... Read full review

Vaclav Smil is the author of more than thirty books on energy, the environment, food, and the history of technical advances, including Harvesting the Biosphere: What We Have Taken from Nature, published by the MIT Press. He is a Distinguished Professor Emeritus at the University of Manitoba. In 2010 he was named by Foreign Policy as one of the Top 100 Global Thinkers. 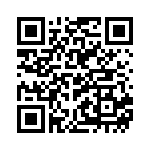