Paul Asadoorian (GCIA, GCIH) is the Lead IT Security Engineer for a large University in the New England area. In the past 6 years he has been responsible for intrusion detection, firewalls, VPN, and networking assessments/penetration testing in the educational IT space. He speaks frequently on topics such as wireless security at various events, such as MIT Security Camp. Paul's research has been featured in numerous publications such as Network Intrusion Detection, 3rd edition, Securityfocus.com, and the SANS Reading Room. In addition to owning and operating an independent security consulting company, Defensive Intuition, Paul is also the host of PaulDotCom Security Weekly (http://pauldotcom.com), a weekly podcast discussing IT security news, vulnerabilities, hacking, and research, including interviews with some of the top security professionals. Paul graduated from Bryant College with a degree in Computing and Information Systems, and is currently on the SANS GIAC advisory board. When not trying to hack something Paul can be found spending time with his wife and pug, Rocco.

Larry Pesce (CCNA, GCFA Silver, GAWN Gold) is the Manager for Information Services Security at a mid-sized healthcare organization in New England. In the last 13 years in the computer industry, Larry has become a jack of all trades; PC repair, Network Engineering, Web Design, Non-Linear Audio and Video production and Computer Security. Larry is also gainfully employed as a Penetration Tester / Ethical Hacker with Defensive Intuition, a Rhode Island based security consulting company. A graduate of Roger Williams University in Computer Information Systems, Larry is currently exploring his options for graduate education. In addition to his industry experience, Larry is also a Security Evangelist and co-host for the PaulDotCom Security Weekly podcast at www.pauldotcom.com. More of Larry's writing, guides and rants can be found on his blog at www.haxorthematrix.com and the SANS Reading Room. 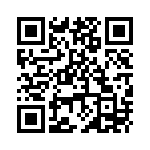