Charlie Chaplin's London childhood was marked by what were to become the themes of his silent comedies: poverty, cruelty, and loneliness. When his father died of alcoholism and his mother became insane, he and his brother were forced into a workhouse, which Chaplin escaped by entering the theater. Later while on tour in the United States with a music hall revue, he was hired by Mack Sennett, a film producer for Keystone Studio, known for broad comic spectacles of anarchic violence. It was a style at odds with that which Chaplin had perfected in his vaudeville routines, so, when he began to direct himself in his own films, he made changes in Keystone's frenetic world of farce, developing recurring characters to create comedies filled with emotion and slapstick pathos. Chaplin's best known character was the little tramp, whose fussy mustache, walking stick, worn bowler hat, and baggy pants with oversized tails suggested both personal dignity and poverty. The tramp debuted in Kid Auto Races at Venice (1914). Chaplin used the tramp and other characters to generate comedy out of the widening social gap of the post-WW I period. The gap between rich and poor, rural and urban, immigrant and native is evident in such films as The Tramp, The Immigrant, The Kid, The Gold Rush, and The Circus, which won him an Oscar. Mime was perhaps Chaplin's most powerful tool: He used it to give voice to those who could not speak, illustrating their deprivation, as in the boot-eating scene in The Gold Rush. It was an important part of his subtle acting style, which eschewed the techniques of melodramatic stage acting to psychologize action, showing it as motivated by character rather than by an external force or a plot device like a gag. He helped center comedy on characters and performers, rather than on the events that befell them, paving the way for such comedians as Buster Keaton and Harold Lloyd. Chaplin also favored a comedy of space, that is developing narrative and humor not through montage or editing but through mise-en-scene, or composition, building the story and jokes around the little tramp's interactions with the objects in his world in each scene. Chaplin was one of the key figures of the first generation of Hollywood stars, joining D. W. Griffith, Mary Pickford, and Douglas Fairbanks to form United Artists in 1919 to be able to compete more effectively in the big-business environment of the Hollywood studio system. Although he was an internationally beloved celebrity, he was notorious for his penchant for beautiful teenagers and his left-wing political views. His refusal to give his comedies typically happy endings put him at odds with Hollywood. By the 1930s, the political bite of Chaplin's social satire had become quite sharp, even if it was accompanied by sentimentality. Modern Times, released during the Depression, put the little tramp in overalls as a displaced worker abused by both the bosses and the machines of the factory. His first full-length sound film, The Great Dictator (1940), took advantage of his resemblance to Adolf Hitler, with Chaplin playing the double parts of a Nazi-like leader and a Jewish barber; it earned several Academy Award nominations. Chaplin's representation of the conditions of his characters' social and economic displacement made him an increasingly controversial figure, drawing the attention of the House on UnAmerican Activities Committee during the 1950s. In 1953 Chaplin, who had never become an American citizen, took up residency in Switzerland, after being informed by the U.S. State Department that he would be investigated for political and moral turpitude. He returned to the United States briefly before his death to receive a Lifetime Achievement Award from the Motion Picture Academy in 1972 and was knighted two years before he died. 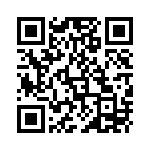