William T. Y'Blood, a former USAF B-47 pilot and historian for the Office of Air Force History in Washington, D.C., is the author of The Little Giants and Red Sun Setting. 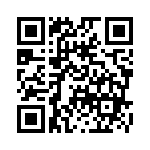