Stolen from his family home in California, whipped and brutalized, the big dog Buck quickly learns the harsh law of survival among the men and dogs of the gold-crazed North. He goes to the Klondike ... Read full review

Men need strong and big dogs when they go to north of Canada. There were golds. Buck was chief dog and lived in Mr Miller's big house. Mr Miller needed money for his large family that's why Buck was ... Read full review

One of the pioneers of 20th century American literature, Jack London specialized in tales of adventure inspired by his own experiences. London was born in San Francisco in 1876. At 14, he quit school and became an "oyster pirate," robbing oyster beds to sell his booty to the bars and restaurants in Oakland. Later, he turned on his pirate associates and joined the local Fish Patrol, resulting in some hair-raising waterfront battles. Other youthful activities included sailing on a seal-hunting ship, traveling the United States as a railroad tramp, a jail term for vagrancy and a hazardous winter in the Klondike during the 1897 gold rush. Those experiences converted him to socialism, as he educated himself through prolific reading and began to write fiction. After a struggling apprenticeship, London hit literary paydirt by combining memories of his adventures with Darwinian and Spencerian evolutionary theory, the Nietzchean concept of the "superman" and a Kipling-influenced narrative style. "The Son of the Wolf"(1900) was his first popular success, followed by 'The Call of the Wild" (1903), "The Sea-Wolf" (1904) and "White Fang" (1906). He also wrote nonfiction, including reportage of the Russo-Japanese War and Mexican revolution, as well as "The Cruise of the Snark" (1911), an account of an eventful South Pacific sea voyage with his wife, Charmian, and a rather motley crew. London's body broke down prematurely from his rugged lifestyle and hard drinking, and he died of uremic poisoning - possibly helped along by a morphine overdose - at his California ranch in 1916. Though his massive output is uneven, his best works - particularly "The Call of the Wild" and "White Fang" - have endured because of their rich subject matter and vigorous prose. 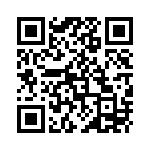