The story of two men in a prison in Argentina. One Molina who is there for sexual crimes and Valentin, there for Marxist revolutionary activity. The story starts with another story; the story of the ... Read full review

Years ago, I feel asleep during the movie version of Kiss of the Spider Woman. Somehow, though, I knew there was a great story there. Two men, Molina and Valentin, share a prison cell in Argentina ... Read full review

Author Manuel Puig was born in General Villegas, Argentina on December 28, 1932. Betrayed by Rita Hayworth (1968) is an innovative novel narrating through a variety of techniques the story of a young Argentine boy who lives vicariously through the movies. Puig uses the phenomenon of compulsive movie-going as a symbol for alienation and escape from reality. Heartbreak Tango (1969) evokes the spiritual emptiness of the Argentine provincial life in the 1930s and the vulgarity of popular music and the soap opera. His best known work, Kiss of the Spider Woman (1979), was adapted as a film in 1985 and as a Broadway musical in 1993. He died of a heart attack on July 22, 1990. 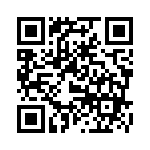