Page 223
Another is called the “ Twelvers . ” Another important Shi'ite belief , which
distinguishes the movement , is the no tion that one of the hidden Imams will
return as the Mahdi ( “ the guided one ” ) . In the hadith , the term mahdi is
sometimes used ...
Page 395
Also , the stantly changing and without any season of preparation for the celebra
permanence . tion of the birth of Christ ( Christmas ) . animism — the belief ,
common in inAgamas — Sanskrit for " tradition " ; used digenous religions , that
all ... 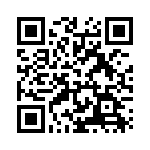