Lovelock believes it is too late to prevent a hot earth, and that most green options are hollow. Still, we can save the species and there is hope in that, Promotes nuclear power. Even given the Fukushima disaster I think that nuclear must be explored as an option. Read full review

Bits of brilliant science interspersed with random tidbits of complete conjecture. I agree that the green movement is doing more harm than good. I would love to hear a debate between him and Ray ... Read full review

James Lovelock is the author of more than 200 scientific papers and the originator of the Gaia Hypothesis (now Gaia Theory). He has written four books on the subject: Gaia: A New Look at Life on Earth, The Ages of Gaia and Gaia: The Practical Science of Planetary Medicine, as well as an autobiography, Homage to Gaia. His most recent was The Revenge of Gaia (Allen Lane, 2006). In 2003 he was made a Companion of Honour by Her Majesty the Queen, and in September 2005 Prospect magazine named him as one of the world's top 100 global public intellectuals. In April 2006 he was awarded the Edinburgh Medal at the Edinburgh International Science Festival. 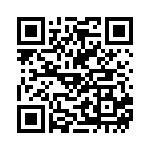