Steve Miller loves authenticity. ICP are authentic (even though they ripped off a genre from *dingdingding* black people, Esham first horror rap album in 1989, Nigga Creep, and Natas, none of which ... Read full review

Was a pag tuner ... enjoying my favorite band in a new light.. Read full review

Steve Miller has been a journalist for more than twenty years, writing abut crime, culture, and the world at large. His work has appeared in People, U.S. News & World Report, the Daily Beast, High Times, the Dallas Morning News, and numerous other newspapers, websites, and magazines. He's the editor/author of several music and true crime books, including Detroit Rock City: The Uncensored History of Rock 'n' Roll in America's Loudest City, and is an Edgar Award finalist for his true crime work. 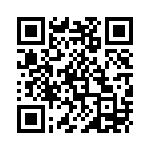