Boris Yeltsin was born on February 1, 1931. He graduated from the Ural Polytechnic Institute in Sverdlovsk, where he studied construction, in 1955. He was a member of the Communist Party of the Soviet Union from 1961 to 1990 and began working for the administration in 1968. He became the first President of the Russian Federation in 1991 and served until 1999, when he resigned naming Prime Minister Vladimir Putin as acting president until the next election. He died on April 23, 2007 at the age of 76. 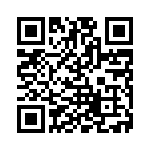