FRONT PORCH POLITICS: The Forgotten Heyday of American Activism in the 1970s and 1980s

American citizens weren't so complacent during the 1970s and '80s.So argues Foley (American History/Univ. of Sheffield; Confronting the War Machine: Draft Resistance During the Vietnam War, 2003), who ... Read full review

Michael Stewart Foley is the author of Confronting the War Machine: Draft Resistance During the Vietnam War, winner of the ScottBills Memorial Prize from the Peace History Society. He has edited or coedited three other books and is afounding editor of The Sixties: A Journal of History, Politics and Culture. A native New Englander, he hastaught American history at the City University of New York and, in England, at the University of Sheffield.He is now a professor of American political culture at the University of Groningen in the Netherlands. 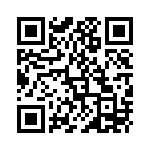