William Hieronymus.
William Hieronymus was born February 13,1788, at the foot of the Blue Ridge Mountains in Virginia. His parents were of English and Dutch descent. He was raised on a farm and led a farmer's life. When he was a young man, he and his father went to Madison County, Kentucky, to look at the country, and were so well pleased with it, that William remained to raise a crop, while his father returned for the family, which came out in the fall. William Hieronymus married, August 14, 1811,this business more or less until his death, which occurred March 12, 1848.
William Hieronymus was a tall man, standing six feet and two and one-half inches. His bones were large and his features prominent. Hieronymus Grove received its name from him. He had nine children, of whom only three are living. They are:
Enoch Hieronymus, who lives in Mt. Hope township, in McLean County, in the edge of Hieronymus Grove.
Benjamin Hieronymus, who lives at the head of Indian Grove, in Livingston County, and
William Hieronymous, jr., who lives on the homestead place.
Enoch Hiehonymus.
Enoch Hieronymus was born March 7, 1816, in Madison County, Kentucky. He accompanied the family wherever it went, as stated in the preceding sketch of his father. In his younger days he worked a great deal in the tobacco patch, but acquired a distaste for tobacco and never used it. He thinks young men should all have an opportunity to work in a tobacco patch. -
In the fall of 1828, the family came to Illinois. Here Enoch worked hard ; nevertheless, he was fond of hunting. He hunted deer and turkeys, and trapped mink and otter. He once came close to a panther while hunting, but did not succeed in killing it. He was watching a deer lick, and heard a deer come plashing through the water, arid while watching for it, a panther came up on its trail. The panther stopped within two or three rods of Enoch and sat down. He attempted to shoot it, but the flintlock flashed in the pan, and as he had no more powder in the horn, he stood still, and man and beast watched each other intently. The panther was motionless, except a gentle waving of its tail. Enoch called for his dog, and the moment the bull-dog came in sight, the panther fled. Enoch went home for powder, and wished to hunt the panther, but his bull-dog, which never had flinched before, could not be induced to take the lead. Enoch was then only fourteen or fifteen years of age.

Page 76 - I honor the man who is willing to sink Half his present repute for the freedom to think, And, when he has thought, be his cause strong or weak, Will risk t'other half for the freedom to speak, Caring naught for what vengeance the mob has in store, Let that mob be the upper ten thousand or lower.
Appears in 160 books from 1848-2007
Page 149 - States, and do authorize and empower him to execute and fulfill the duties of that office according to Law; and to have and to hold the said office with all the powers, privileges and emoluments to the same of right appertaining during the pleasure of the President of the United States for the time being.
Appears in 168 books from 1836-2007
More
Page 353 - Where buffaloes and snakes prevail! The first with dreadful looking face, The last with dreadful sounding tail! I'd rather live on...
Appears in 15 books from 1829-1975
Page 200 - My parents were very pious people, and tried to bring up their children in the fear and admonition of the Lord.
Appears in 25 books from 1790-2003
Page 91 - An act granting the right of way and making a grant of land to the States of Arkansas and Missouri, to aid in the construction of a railroad from a point...
Appears in 77 books from 1837-2004
Page 120 - Wabokieshiek, the prophet, is my relation — if he is to be hurt, I do not wish to see it. Father, soldiers sometimes stick the ends of their guns into the backs of Indian prisoners, when they are going about in the hands of the guard. I hope this will not be done to this man.
Appears in 21 books from 1834-2007
Page 585 - Mr. Speaker, these traitors on this floor should be provided with hempen collars. They deserve them. They deserve them. They deserve hanging, I say. [Raising his voice and violently striking the desk.] The country would be better off to swing them up.
Appears in 16 books from 1863-1967
Page 539 - ... known in the history of the Mohawk Valley. One of his exploits I have related on page 252, volume i. Young Wilson became attached to the army at the age of twelve years. His commission as ensign (which I have seen) is dated June ninth, 1781, four months previous to the surrender at Yorktown.
Appears in 26 books from 1690-2007
Page 804 - Testimony to Grant's Bravery. — Close of the War. — Leaves the Army for Business in St. Louis. THE school companions of great men are very often mixed up with their after-life, and this statement is the more applicable to the West Point cadets who graduate in the same class. And it may be a matter of interest to the reader to know who were General Grant's fellow-graduates, and what their relative positions were subsequently, in the civil war. The cadet who graduated first in the class was William...
Appears in 11 books from 1859-1897
Less 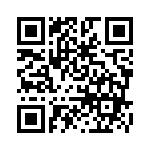