Jeff Yoshmi is an Associate Professor of philosophy and cognitive science at UC Merced. In 2004 he joined the Merced campus (which opened to undergraduates in 2005) as a founding faculty member, and subsequently helped build the cognitive and information sciences program in to a world class program. He does interdisciplinary work at the intersection of philosophy and cognitive science, drawing on Husserlian phenomenology, dynamical systems theory, and computer modeling and visualization. His overarching research project is to understand how the dynamics of consciousness are related to the dynamics of neural activity. He believes a formalized Husserlian phenomenology is key to this project. 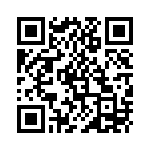