A biting satire, showing the perfect soldier, devoid of any conscience or doubt. All he wants to do by his own admission is to kill people and wherever the government sends him he will happily go ... Read full review

Billy Waugh’s fifty year military and para-military career makes for some good reading. It also does a service by illustrating the high human cost of war, but also the price we pay for lapsed ... Read full review

Tim Keown is a senior writer for ESPN the Magazine. 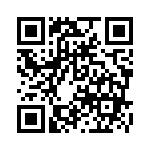