I was passed a copy of this book by a friend thinking I knew pretty much everything there was to know about Julian Assange - I don't think any single individual has had more media coverage than Assange over the past couple of years.
I was very wrong - Fowler's book is aptly named because it does give one the 'inside story' on Wikileaks and Julian Assange. It debunks a number of myths that the mainstream media have propagated in their attacks on Assange.
I piled through the entire book in less than 48 hours - it's like a download of your favourite HBO series - impossible to stop until you finish! 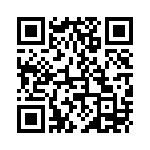