This is not a great book. If you are a New York history buff, or bridge enthusiast check it out of the library instead. But otherwise I think you will be disappointed. My apology to the author, as his ... Read full review

Michael Aaron Rockland is a professor of American studies at Rutgers, New Brunswick. He is the author or coauthor of many books, including Looking for America on the New Jersey Turnpike (Rutgers University Press), listed by the State Library as one of the ten best books ever written about New Jersey, and the novel A Bliss Case, a New York Times Notable Book of the Year. Rockland is also a regular contributor to New Jersey Monthly magazine. 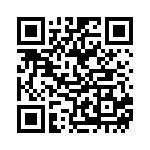