I was and still am very confused by this book. I mean come on, 4 kids locked in an attic...I was intrigued by what motives their captors could possibly have and what the outcome was. Seriously though ... Read full review

You will love this book from the very 1st few pages! You learn and grow with Cathy, Christopher and the Twins. (Carrie and Cory) Oh the things they must go through. This a fabulous book and you will not be disappointed with the rest of the series! Read full review

Born on June 6, 1924 in Portsmouth, Va., Virginia Cleo ("V. C.") Andrews was one of three children of William Henry and Lillian Lilnora. Andrews worked as a commercial fashion and portrait artist for a time. However, after her father's death in the late 1960s and the family's subsequent move to Manchester, Mo, she began what she described as "closet" writing. It was her publisher's decision to use the initials V. C. rather than her full name. This was done for the purpose of neutralizing her gender so as to sell to adult male audiences; the common belief was that men did not like to read books by women writers. Andrews eventually became a full-time writer. Her first novel was a science fiction fantasy entitled The Gods of the Green Mountains, published in 1972. In 1980, she published the bestseller Flowers in the Attic, followed by Petals on the Wind, If There Be Thorns, Seeds of Yesterday, and Garden of Shadows; all of which comprise the Dollanganger Series. Andrews died of breast cancer on December 19, 1986, in Virginia Beach, Virginia. After her death, her family hired a ghost writer, Andrew Neiderman, to finish the manuscripts she had started. He would complete the next two novels, Garden of Shadows and Fallen Hearts, and they were published soon after. These two novels are considered the last to bear the "V. C. Andrews" name and to be almost completely written by Andrews herself. She left a legacy of books that have been sold worldwide and translated into 13 foreign languages. 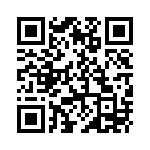