Alexios Alecou is a Visiting Fellow at the Institute of Commonwealth Studies of the University of London, England and he also teaches history at the Open University of Cyprus. He earned his PhD in Political History from Panteion University of Athens and his current work includes the study of Postwar Greece and Cyprus as well as the history and transformation of political institutions in South European countries. 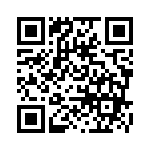